Part 5 in the Series: 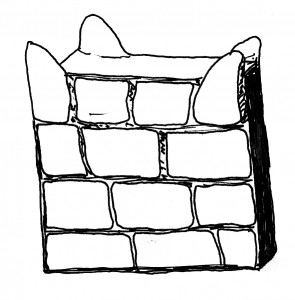 One of the primary criticisms of Jezebel given in Revelation was that she misled people into sexual immorality and to eat food sacrificed to idols. (Revelation 2:20) It’s no wonder the focus has been on the first of those two. Sex sells, after all, and not many people have to worry about temptation to idol worship in modern America.

It would be a mistake, however, to dismiss the subject too quickly. The underlying reasons why food sacrificed to idols was such a problem in the early church are still with us. What is more important to us in this series is that the underlying reasons were directly linked to the problem with the spirit of Jezebel. In fact, it might take a couple of weeks for us to cover the whole subject. That’s how much there is to say about it. But I encourage you to stay with me. (And don’t worry. We’ll take a look at the part sexual immorality plays before this is over. It is closely connected to the rest.)

For this week, I want to look at the meat itself to give some background. This post will be largely a history lesson, but without this background, it will be difficult to appreciate the significance of the imagery Revelation uses in regard to Jezebel.

Food sacrificed to idols created considerable problems in the early church, even though Christians did not participate in the sacrifices themselves. At the council of Jerusalem, one of the four things the apostles determined they should tell new Gentile Christians to avoid was “food sacrificed to idols.” (Acts 15:29) Paul devoted three chapters of 1 Corinthians to the subject. Clearly it was considered a most important topic.

Most of Paul’s discussion addressed the freedom believers had in Christ and when to decline exercising that freedom for the sake of another person’s conscience. He began by acknowledging that idols were nothing, there being only one real God. Therefore, eating meat that had been sacrificed to an idol had no significance in terms of one’s faith. (1 Corinthians 8:4-6)

However, before their conversion, some believers had worshiped those idols and might find any kind of association with their old lifestyle either offensive to their new faith or a temptation to return to the old. Paul recommended shunning such meals in order to avoid causing problems for these new believers. (1 Corinthians 8:7-13) In chapter 10, he further elaborated by suggesting that when a Christian was invited to dinner, he should simply not ask where the meat came from. Just quietly enjoy the meal. However, if someone pointed out that the food had been sacrificed to an idol, that would be an indication that the person might have a problem with it, and you should decline to eat it. (1 Corinthians 10:23-30)

Paul’s treatment of the subject raises a few questions. In 8:10, he referred to “eating in an idol’s temple.” Why would a Christian ever be in a pagan temple, eating or otherwise? Also, if eating food sacrificed to idols was nothing, why did the apostles place such great emphasis on abstaining from it, and why did Jesus reprimand those in both Pergamum (Revelation 2:14) and Thyatira for the practice? Was Paul establishing criteria different from the rest of the church?

As might be expected, there is more to this food than is readily apparent. Several types of meals made use of food sacrificed to idols, and not all were harmless fellowship. The meals ranged from simple dinners in private homes to lavish banquets and public religious rituals. Even private dinner parties had the potential to involve idol worship in some form.

Meat in the Marketplace

At the most innocuous end of the spectrum, Paul referred to meat purchased in the marketplace for private use.

“Eat anything sold in the meat market without raising questions of conscience.” (1 Corinthians 10:25)

The evidence suggests that there were two kinds of meat available when a person went shopping. Varro, writing about husbandry in the first century B.C., identified two different destinations for cattle. Some were intended for normal butcher shops and others were “being fattened for the public sacrifices.” (Varro, Rerum Rusticarum 2.1) Butchers who bought cattle for normal sale were more concerned with the health of the animal. “Those who buy for the altar do not usually stipulate for health in their victims.” (Rerum Rusticarum 2.5) Though it wasn’t directly stated, meat offered to idols and resold in the marketplace would be less expensive, but there was also less assurance of quality.

These sacrifices apparently did end up in the marketplace, sold at a discount and the proceeds considered part of the income for the priest or for the temple. A couple of governmental decrees in Egypt spoke of “emoluments,” or shares in the sacrifices, due the priests of pagan temples, implying the sacrifices were later sold. On example reads:

“Likewise they remit to holders of honorable offices, or of posts as prophet or scribe, or of other sacred offices in the temples, the arrears owed in the temples for the emoluments demanded on certain occasions.” (P. Teb. I 5)

Pliny, writing to Emperor Trajan, noted a change in sacrificial meat sales as Christians were pressured to give up their faith:

“It is in truth sufficiently evident that the temples, which were almost entirely deserted, have begun to be frequented, that the customary religious rites which had long been interrupted are being resumed, and that there is a sale for the food of sacrificial beasts, for which hitherto very few buyers indeed could be found.” (Pliny the Younger, Epistles 10.96)

Paul believed that the sacrifice did not make the meat any better or worse than other food. He advocated not even asking where the meat came from. This seems to be the type of food intended in 1 Corinthians 8, the discounted meat sold to the public after it had been sacrificed.

Unfortunately for early Christians, meals often had overt connections to idol worship, and this was the type of meat that concerned James and the other apostles. Public sacrifice to pagan gods usually involved a banquet. The feast was an integral part of the ritual and was often spoken of in ancient literature. (Priene 14 (OGIS 11); Valerius Maximus, Memorable Deeds and Sayings 2.2.9; 2.4.5; Ovid, Fasti 2.512-532; 6.169-182; Livy, The History of Rome 25.12; to name a few.)

Religious implications spilled into private meals as well. Describing the way a family sacrifice should be made, Cato the Elder spoke of the importance of the meal. “After the ceremony is over,” he instructed, “consume the offering on the spot at once.” (Cato, De Agricultura 83) The formula he prescribed for offering to Jupiter Dapalis specifically referenced a private feast. (De Agricultura 132) According to Athenaeus, “every banqueting party among the ancients was referred to the gods; and accordingly men wore garlands appropriate and peculiar to the gods, and used hymns and odes.” (Athenaeus, The Deipnosophists 5.19)

Clearly such a meal carried religious implications a little different from simply getting together with friends. Added to that was the fact that many dinner gatherings were held in temples. Varro’s treatise on agriculture begins with an unexpected meeting of several acquaintances at the temple of Tellus when Varro responded to a dinner invitation. “What are you doing here?” he asked. “We are here,” one of the company named Agrius answered, “for the same reason you are, I imagine—because the Sacristan has invited us to dinner.” (Varro, Rerum Rusticarum 1.2) Banqueting halls were built for religious banquets and used for feast celebrations of all kinds, not unlike the way church reception halls are used for things like wedding receptions or anniversaries today. (Dionysius of Halicarnassus, Roman Antiquities 2.23)

The idea of meals being shared with a god permeated most of Roman society. Simple dinner invitations often alluded to the presence of gods. “The god calls you to a banquet,” read one such invitation. (P.Köln I 57) In another, Chaeremon invited his guests to “dinner at the table of the lord Sarapis,” a Greek-Egyptian god. (P.Oxy. I 110) To the Roman mind, every time a meal was prepared, it commemorated a relationship to the gods. (Christopher A. Faraone and F. S. Naiden, ed., Greek and Roman Animal Sacrifice: Ancient Victims, Modern Observers, p. 93)

Paul and James were aware of these other aspects of food sacrificed to idols. “Flee from idolatry,” Paul wrote. (1 Corinthians 10:14) One who ate the sacrificial food in the context of worship participated in the altar to which the food was sacrificed. (1 Corinthians 10:18) Which meant association with demons.

“The sacrifices of pagans are offered to demons, not to God, and I do not want you to be participants with demons.” (1 Corinthians 10:20)

The term for these sacrificial offerings was eidolothutos. The Greek word referred to anything offered to an idol. The history of this word, however, indicates nuances of meaning slightly different in the first century than the modern meaning. The Latin word for “sacrifice,” sacrificare, was not limited to the act of slaughtering an animal. It referred to any act by which something was put into the possession of a god. (Greek and Roman Animal Sacrifice: Ancient Victims, Modern Observers, pp. 92-93)

On the surface, Paul appears to have taken two views on the subject. On the one hand, food offered to idols was nothing and could be eaten with a clean conscience, as long as it did not offend others. On the other hand, eating sacrificial meat was participating in the altar of demons. Underlying his comments in 1 Corinthians is the implication that motivation matters. Many considerations might prompt Christians to participate in various meals with their pagan friends or associates. It might be good for business to network with others. It might enhance social standing and prestige to be seen with the “right” people. Some might have craved the entertainment of Roman banquets.

Next week we will look closely at some of those motivations and see that the spirit of Jezebel operated within this type of environment. We will see that status and power played the dominant role. Roman banquets were far more than just a meal.

Next, part six: What is a Bed of Suffering?

7 thoughts on “Food Sacrificed to Idols”