Sexual Immorality Isn’t What You Think

Part 8 in the Series: 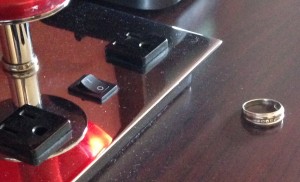 A couple of years after I started attending Living Word Bible Church, an incident occurred that would have been a sign to me of things to come—if I had known the details leading up to it. But I didn’t until more than a decade later.

The pastor’s assistant (I will call her simply M, for now) was having marital problems. Since the church was started on a word from God to build strong families, you would think this would be an ideal opportunity to put their calling into practice. And in a sense they did. Maureen Anderson spent time counseling M, at least for a while. But eventually she gave M definitive advice. Nothing was going to change and M needed to leave her husband.

So she did. She never questioned the advice (People rarely questioned Maureen Anderson, so intimate was her link to God perceived as being). In fact, from what I know of the situation, the advice was sound. Things weren’t going to change. So it’s not the advice that was the problem. I would likely have given the same advice. The problem was how Tom and Maureen Anderson acted after M listened to them.

Because a church trying to portray an image of being family-friendly didn’t want a divorced woman too closely associated with the leadership, it was determined that once M left her husband, she could no longer be on the church staff. M was suddenly without a marriage, without a job and, without a friend.

As always happened when staff members were fired, we got the Loyalty Speech. This was the teaching that was delivered every time anyone was fired from the staff—which happened remarkably often for the size of the staff—or anyone of prominence was kicked out of the church. There was a version for the congregation, a more authoritative version for the staff, and a third version somewhere in between for the pastors and elders.

The gist of it was that God expected us to submit to our leaders without questioning them. What they did, the decisions they made, were between them and God and were not any of our business. The implication was that they had a special pipeline from God by virtue of their position as God’s anointed. If we wanted to be blessed and not cursed, we dare not speak up. God would withdraw his protection from anyone who made waves and we were assured that the devil was waiting to pounce as soon as the door was open.

The staff and the congregation were strongly encouraged not to have any contact with M. They didn’t want us infected with her rebellion, after all. Our loyalty to Living Word demanded that we jettison any loyalty or friendship with M. She brought her misery on herself after all.

Incidents like this are what come to mind as I consider how to illustrate the description of Jezebel as one who “misleads my servants into sexual immorality.” Though it might take a little explanation to clarify why.

The Greek word is porneia, which denotes any illicit sexual activity. To biblical writers, there was a natural link between sexual immorality and sacrificing to idols, a related thing Jezebel led people into. Idol worship was spiritual adultery, unfaithfulness of the most egregious kind. Anything that took the focus of worship away from God was linked to idolatry. In Romans 1:25, Paul portrayed indulgence of sinful desires for sexual impurity as worship of “created things rather than the Creator.” Those who engaged in fornication worshiped each other’s bodies. This was as much idolatry as bowing to a statue of a pagan god.

The link between pagan sacrifice and immorality was further strengthened by the entertainment presented at banquets, which, as we have seen, was a major part of the activity associated with Jezebel (go back and read the last couple of posts if you missed that part). The feasts were already connected to various gods. They were also opportunities for unrestrained drinking and licentiousness. Philo railed against the perverse behavior of the Gentiles around him. When he considered public banquets, he saw troupes of entertainers and copious supplies of strong drink which led to merriment and revelry of dancing, all of which resulted in the awakening of “unruly lusts.” (Philo, The Special Laws II 193)

“These festal and holiday rests have in the past often opened up countless avenues to sins. For unmixed beverage and luxurious diets with excessive drinking arouse the insatiable desires of the stomach and also kindle the desires of the parts beneath the stomach. As these desires both flow and stream out in every way, they produce a surge of unspeakable evils using the fearless stimulant of the feast as a refuge to avoid suffering anything.” (Philo, The Special Laws I 192)

This lack of self-control drove men out of their “natural reason” and resulted in rage and destruction, like “ferocious dogs” attacking each other, “biting and gnawing each other’s noses and ears and fingers.” (Philo, On the Contemplative Life 40)

Early Christian writers shared Philo’s distaste for feasts. Justin Martyr spoke of “excessive banquetings” and “subtle flutes” which “provoke to lustful movements,” which in turn led to the banqueters being “carried away by intemperance,” and indulging “as a common practice in wicked and insane fornication.” (Justin Martyr, The Discourse to the Greeks 4)

No doubt, Jewish and Christian perspectives were exaggerated, but the evidence indicates that excessive drinking was always a significant part of banqueting, and erotic entertainment was frequently provided. Regardless of the supposed reason for the feast, whether personal, business or religious, the feast itself was the priority. (John S. Kloppenborg, “Collegia and Thiasoi,” Voluntary Associations in the Graeco-Roman World, p. 19) The banquet of Trimalchio, described by Petronius in The Satyricon, disposed of abundant wine and precipitated at least one memorable brawl. (Petronius, The Satyricon 57) A wide variety of funerary engravings portray banquets with women in various states of undress and unrestrained sexual behavior. (Katherine Dunababin, M. D., The Roman Banquet, Images of Conviviality, p. 67) Banquets were the most common display of luxury and entitlement, typified by drunken licentiousness. (Marcus Terentius Varro, Rerum Rusticarum 3.2)

All of that to say that indulgence of every kind, including sexual immorality, is a natural adjunct to the kind of power and entitlement attitudes that go with ancient Roman banqueting, voluntary associations and food sacrificed to idols—in short, with the spirit of Jezebel. Entitlement seems to consistently walk hand in hand with indulgence. For Jezebelian leaders, the rules are for other people, and that attitude tends to be picked up and manifested in the lives of their most devoted followers. Blind obedience to Jezebel’s influence does not prevent hidden abuses, but in fact, seems to be enhanced by it. Jezebelian systems have much to hide and most of the abuse they practice is designed to hide their unfaithfulness to their calling, to their congregations and to decency.

Which is why the story of M comes to mind. The pastors were unfaithful to M and unfaithful to their calling to build strong families. They were even unfaithful to the counsel they gave M to leave her husband. They expected her to exhibit loyalty to them when they had no intention of exhibiting loyalty to her.

More to the point of the message to Thyatira, other members of the congregation joined in the unfaithfulness by allowing themselves to be pressured into ignoring M when she most needed them, all for the sake of not being asked to leave the church and give up their status or powers as members. This is spiritual adultery of the most heinous kind.

This means that sexual activity is not the core of the meaning of the phrase “sexual immorality.” But that does not mean immoral sexual activity does not occur with great frequency. In fact, sexual immorality of this type manifests itself in a variety of lies, deceits and indulgences. Jezebel demands unquestioned and unreciprocated loyalty. Never mind unfaithfulness to the most basic biblical tenets of love for one another. Godly love has nothing to do with it.

In coming posts, I will share more examples from my own encounters. Unfortunately there are many.

Next, part nine: The Deep Things of Satan

6 thoughts on “Sexual Immorality Isn’t What You Think”