The Deep Things of Satan

Part 9 in the Series: 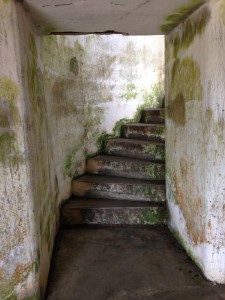 The previous segment of this series led to some comments that compelled a detour into a related subject, divorce and remarriage, resulting in an entirely different series that interrupted our examination of the spirit of Jezebel. The time has come, however, to complete this study. We have covered some significant aspects of how that spirit operates, but there are still a few other things to consider, as well as some modern day examples.

The last verses of Revelation 2 provide some closing observations to the church at Thyatira. In addition to the implications of voluntary associations, banquets, food sacrificed to idols and sexual immorality, the message also referred to “Satan’s so-called deep secrets.” (Revelation 2:24). As might be expected, status was a dominant feature of “deep secrets.”

Religious secrets created a hierarchy of status in the ancient world and became a significant tool for maintaining status. The more of the sacred and secret arts a person knew, the more aloof he could be from the commoners, those who were not good enough to be initiated. The phrase “Satan’s so-called deep secrets,” or ta bathea tou satana, “the deep things of Satan,” implied the practice of secret rituals into which only those of greatest prestige could be introduced.

Secret rituals or knowledge were especially prevalent in certain “mystery” religions, of which the worship of Isis, the Egyptian version of Jezebel’s patron god, Astarte, was a prominent example. (Lucius Auleius, in The Metamorphosis 48, describes his initiation into the “pure secrets” of the worship of Isis. See also Plutarch, Morals, “Of Isis and Osiris” 9; Pausanias, Description of Greece 4.33.5. Mystery rites included the worship of Dionysus, Bacchus and Mithras, among others.) Only the initiates of the inner part of worship were allowed to learn the secrets. To share any of the mysteries, once initiated, was the most heinous of crimes and, in many cases, carried a death penalty. (Pliny the Elder, Natural History 3.9; Livy, The History of Rome 31.14.7-8; 39.13.4-14; Pausanias, Description of Greece 4.33.5)

The desire for secret knowledge was not limited, however, to the mystery religions. There is evidence in both Christian and gnostic texts of the practice. Inherent in the knowledge of mysteries was status and privilege, something that was not limited to pagan religions. The Apocryphon of James provides an example of the kind of “insider” entitlement that deep secrets were intended to convey.

Since you asked me to send you a secret book which was revealed to me and Peter by the Lord, I could neither refuse you nor speak directly to you, but I have written it in Hebrew letters and have sent it to you—and to you alone. But inasmuch as you are a minister of the salvation of the saints, endeavor earnestly and take care not to recount this book to many—this which the Savior did not desire to recount to all of us, his twelve disciples. But blessed are those who will be saved through faith in this discourse.

According to the spurious writer of this manuscript, only James and Peter were entrusted with this special revelation, which was too sacred for the common people and even for the other ten apostles. The Gospel of Thomas put it succinctly: “Jesus said, ‘It is to those who are worthy of my mysteries that I tell my mysteries.’” (The Gospel of Thomas 62) Learning the mysteries, the deep secrets, was taken as an indication of worthiness.

The various images surrounding the name of Jezebel in the message to Thyatira all pointed to leadership willing to perpetrate any misuse of power to maintain position and status. The warning from Jesus, however, was directed to the Ahabs of the church, those who not only tolerated the abuse of authority, but supported and participated in it under the guise of submission and with the same motive of maintaining prestige.

Some indication of the seriousness of tolerating Jezebel can be seen in the manner in which Jesus introduced himself. Verse 18 is the only place in Revelation where Jesus is identified as “Son of God,” the title that denoted both his power and his authority. Demons called him by that title when they feared he would torture them before their time. (Matthew 8:29) When the disciples saw Jesus walk on water and witnessed the winds die down instantly, they responded, “Truly you are the Son of God.” (Matthew 14:33) This was the title of one with ultimate authority and power, presented to Thyatira in juxtaposition to Jezebel’s claim to power.

Jesus also presented himself as unimpressed with position and titles. With penetrating, burning eyes, he “searches hearts and minds” (Revelation 2:23), seeing beyond appearance, title or position and discerning the reality behind behavior. He threatened to “repay each of you according to your deeds” (Revelation 2:23), phrasing that links behavior directly to the motive behind the action.

For those who had not been willing to accept Jezebel leaders, Jesus did not impose a heavy burden. He simply encouraged them to “hold on to what you have.” (Revelation 2:25) Refusing to tolerate Jezebel was not presented as something difficult. The Greek word for “learned” in verse 24 is ginosko. It basically means to know, but includes aspects of learning, perceiving, discerning and ascertaining by examination. In essence, standing up to Jezebel could be as basic as not learning her way of doing things, and in the process, persisting in behavior that is ethical, moral and right.

In return for their enduring commitment, they would be given the very authority Jezebel and her followers sought, the same authority the Father had given Jesus. (Revelation 2:26-27) With that authority, believers would rule the nations with an iron scepter.

I would suggest, however, that the image relates directly to Jezebel, given her association with Astarte. Astarte, along with her counterparts, Isis in Egypt and Ishtar in Babylon, was linked to the morning star. Engravings of Ishtar often include the morning or the evening star somewhere over the image of the goddess. The authority given to those who overcame would include authority over Jezebel, the morning star.

Ultimately, the refusal to tolerate Jezebel meant embracing truth with right motives. Those who strove for the truth would find the authority and the power to persevere and to overcome.

The words of Jesus to Thyatira concerning Jezebel have a direct bearing on how we view abusive, self-entitled leaders in church. I’ve encountered some of the worst, and have only recently come to grips with how to respond to them. Next week, I’ll go into more of my own experience to illustrate how the message to Thyatira can be applied to our lives. One thing I am sure of is that the spirit of Jezebel has not gone away.

Next, part ten: What I Lost and Gained Standing for Truth

8 thoughts on “The Deep Things of Satan”