Part 1 in the Series:

Lies I Learned in Church: Divorce 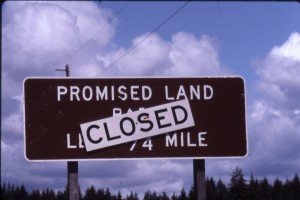 I lived with the ominous implications of that statement from Malachi 2:16 for decades. You see, I am divorced. And worse, it happened when I was in the ministry.

At least I learned some things about the purity that is required for church leadership. For example, I learned that God forgives murderers and restores them to favor, but he hates divorced people and relegates them to eternal misery. Had I killed my spouse I would probably have remained as pastor.

Not that I ever would have or even could have killed anyone. In fact she was the one who left. I wasn’t looking to end it, though I made no effort to stop her. And the truth is I wasn’t a great husband, though she had her issues, too, as is always the case when relationships are strained. There was plenty of blame to throw around, though if I had known then what I know now about marriage, things might well have turned out different. I was pretty ignorant.

Thirty years later we are on good speaking terms and I have no interest in dredging up any of the reasons for the break. Nor is there any reason to. What I do intend to bring up is the manner in which the denomination to which I belonged handled the whole thing. Which denomination doesn’t matter much, either. Their approach wasn’t particularly unique.

What I remember most was the attitude of the man who was my overseer, that is, over all the churches belonging to that denomination in Arizona at that time. We sat in his office for a marriage counseling session.

“What is it that you don’t like?” he asked my wife.

There were several things, most of which were true, if relatively mundane. No one, our counselor included, seemed to consider any of them worth the reaction. The one that prompted a most telling reaction, however, was, “He teaches false doctrine.”

That’s a volatile question, and one not usually brought up in marriage counseling. One man’s theology is another man’s heresy. You’ll never get everyone to agree with you, no matter how biblically sound you are. How many times was Jesus accused of false teaching?

But my overseer picked up on that statement. “Like what?” he asked.

She started a list that included six or seven things. After listening and nodding his head a few times, he turned to me and said, “Is that what you teach?”

“No,” I replied. And I went through the points one by one and explained what I do believe.

That was when I realized there would be no objectivity in any part of this proceeding. “Well, you might think you’re teaching it right,” he mused, “but if other people are hearing it wrong, then you are teaching false doctrine.” He then spent the rest of the session berating me for my doctrinal shortcomings.

Two things became crystal clear by the end of the session. He had already spoken to her and made up his mind without any reference to anything I had to say. And if I didn’t straighten up, I could be certain I would never engage in full time ministry again. I would be branded for life. I would be a divorcee, after all, not a murderer.

Two sessions with a professional marriage counselor only put the last nail in the coffin. Again, the counselor had made up his mind how things should be long before he heard anything I had to say. The last straw came when he tried to quote scripture verses at me to prove how wrong I was.

Except he misquoted them. “Doesn’t the Bible say …” he scolded me, and spewed out the garbled version that fit his point.

I blinked a couple of times and shook my head. “Noooo,” I said, hesitantly. “It says…” and I quoted it correctly, which not only didn’t support his point. It actually contradicted it.

Apparently most of his clients weren’t familiar enough with the passages he used to call him on it. That was the last time we went there.

And that was also the end of my ministry. God hates divorce after all. And so do evangelicals. For a while I tried to fit into the church pastored by my overseer. But I was always the broken, pathetic outcast who could no longer take part in any aspect of church life. I was relegated to the corner where I should listen to a weekly dose of the Word until I had sufficiently repented that I could move to one of the rows in the front.

I visited numerous other churches, but the result wasn’t much different. Not only did they believe I was hopelessly flawed through my sin, I believed it myself. My only calling was to ministry. It’s all I had ever thought about or prepared for. And now it was completely closed forever.

But I kept trying. At new places, the conversations were typically something like, “Hi, welcome to our church,” with big smiles and vigorous handshakes intended to let me know this was a church that practiced love. And before long, “What do you do?”

“Not anymore,” I answered. “Divorced.”

How different it is when a person can say, “I was a drug dealer and I got saved.”

“Awesome. Would you be willing to give your testimony?”

So I spent the next seven years not only out of ministry but trying to distance myself from the hostility of God’s people. I still prayed. I still studied my Bible. More than once I prayed, “Jesus, I love you. But your followers suck.”

I still worked on books that I had envisioned writing, though I had no idea what I would ever do with them. In fact, I discovered that you can’t easily escape your God-given purpose. For a period of about two years I got so fed up and frustrated that I wanted nothing to do with church or ministry. On a few occasions I went out with friends from work for happy hour.

As disgusted as I was with Christians, I still looked to the Bible for answers. And, as has happened so often, what I found in the Bible differed considerably from what most Bible teachers of my acquaintance told me. There are several passages that refer to divorce, both Old Testament and New, and I propose to take a few weeks and go over them one at a time. Every one of them has been twisted into an unhealthy application and the truth is quite liberating once you see it.

Quite a bit of detail needs to be covered in future posts, but let me finish this week with one observation that demonstrates just how twisted this thing has become. Malachi was written during the same time period as Ezra and Nehemiah. One day a number of leaders came to Ezra with a problem. “The people of Israel, including the priests and the Levites, have not kept themselves separate from the neighboring peoples with their detestable practices.” (Ezra 9:1) They had married women from the surrounding pagan nations. (verse 2)

Ezra was extremely distraught. “When I heard this,” he wrote later, “I tore my tunic and cloak, pulled hair from my head and beard and sat down appalled.” (Ezra 9:3) A crowd gathered with him and they determined the solution: mass divorce.

“Now let us make a covenant before our God to send away all these women and their children, in accordance with the counsel of my lord and those who fear the commands of our God.” Ezra 10:3)

Leaders of the various families were organized and charged with looking into the matter and dealing with it nationwide. Basically they went on a hunt to track down every inappropriate marriage and fix it.

But all that was happening at exactly the same time Malachi wrote, “God hates divorce.” Why would God say he hated divorce at the same time he was requiring his people to get divorced?

Well, it all makes sense when you know the context and you get the translation right. And not surprisingly, the message of Malachi is essentially the same as the message behind the things Jesus and Paul said about divorce in the New Testament. What God hated was actually harm being done to innocent people. I will look into some of those details beginning next week and demonstrate how clear it is when you actually read the whole passage in context without preconceived notions of what’s there.

My experience with church and divorce was pretty tame compared to the many stories I’ve heard over the years from women who were told by pastors and Christian counselors that they had to suck it up and persevere in abusive relationships if they wanted to avoid committing adultery. They either did so and lived a life of misery and pain, or they ran for their lives away from the abusive husband, from the abusive Christians and from God, who in their minds condoned all of it. But in fact, God is much more interested in the safety and the health of individuals than he is in saving a dysfunctional and ungodly marriage.

It is for those of you who have been subjected to the abusive culture of modern church that I share this study. If you are in an abusive or dangerous relationship, I hope you will find the courage and the biblical grounds for escape. If you have left such a relationship, I hope you will find freedom from any sense of guilt that might have followed you around from your past church affiliations.

And most of all, I hope you will find the means to distinguish between the love of God and the self-serving doctrinal impositions of those who claim to follow him.

Does God Hate Divorce?
Tagged on: divorce    God hates divorce    Malachi and divorce    what the Bible says about divorce

7 thoughts on “Does God Hate Divorce?”